Scampering away from us! 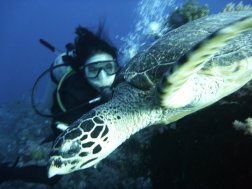 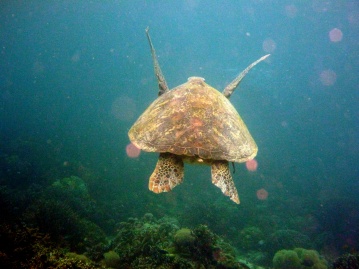 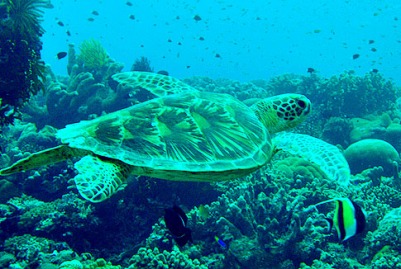 Sea Turtles or marine turtles as they sometimes called are sea creatures that never fail admiration from human beings or perhaps even the underwater world. I have encounters with them in my dives and I can always describe those moments watching them in awe as enthralling. They always move with grace even if threatened and never harmful. I always count it a joy when my encounters include the adorable turtle.

In observation and deep reflection, I took note few lessons from this lowly and silent creature, often times actions and behavior speak more loudly than words.

1. Swim with the current
2. Be a good navigator
3. Stay calm under pressure
4. Be well-traveled – they go as far as 1400 miles from their nesting grounds
5. Think long term
6. Age gracefully
7. Don’t be afraid to be alone
8. Look back where you belong – during nesting season, they always go back where they were hatched
9. Being slow doesn’t mean you are not smart
10. Be adorable, they are not flamboyant but simple and humble