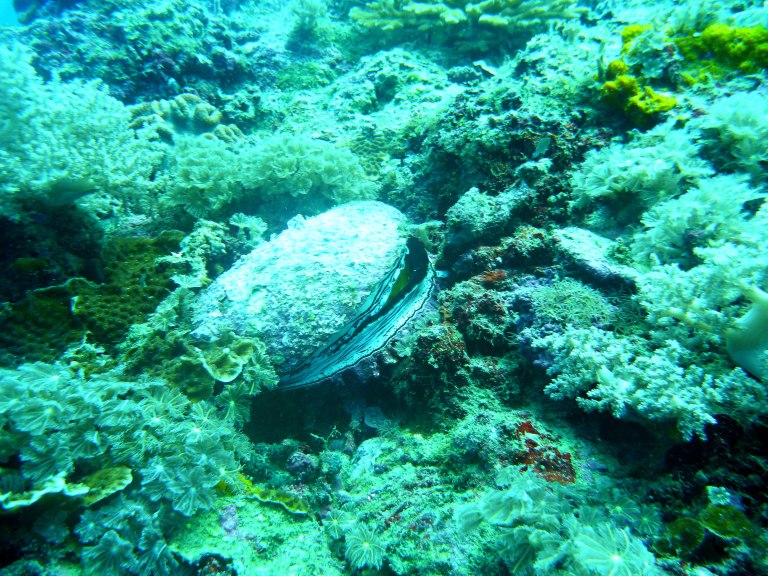 In the corner of my eye, sighted this unique bivalve slightly open camouflaging among marine plants. It has unusual form unfamiliar to the best known bivalve such as oysters, clams, mussels and scallops. Just like its sisters, this lowly specie sits in a corner waiting for its prey.  it has round valve shells, though its hinge is somewhat hidden. It quickly closed up at a faint shadow and movement.

There are over 30,000 species of bivalves including the fossils one, all of them live in the water, most of them in the sea or brackish waters. Have you ever encountered this round clam?