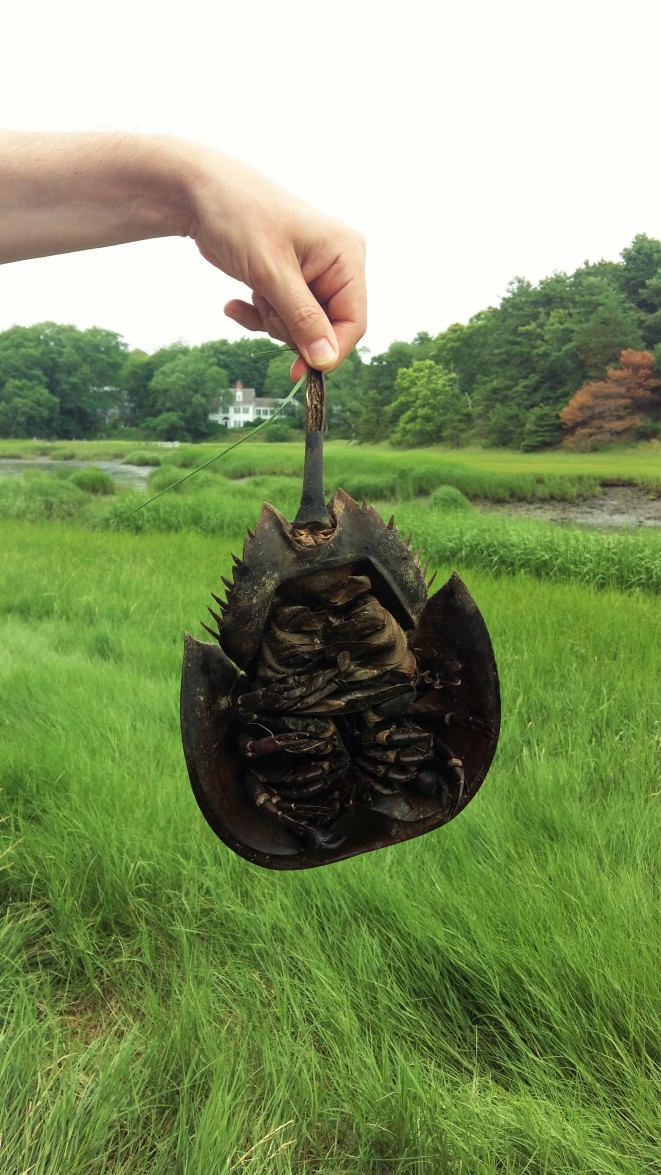 Have you encountered a horseshoe crab? Few months back, I sighted one while we walked along Cockle Cove beach (Chatham, MA) and was wondering what it was! It had a hard shell like a crab but has a tail, by appearance it formed like a ray but with hard externals. It was dead though as we found it partly buried on the sand. We found few more shells around in different sizes. The next day while on trail at Hamblen Park (Welfleet, MA), we found more on grassy wetlands. It was lifeless though, but bigger and still complete I thought at first it was alive. My sister said it’s not edible but never dangerous. I have never seen this animal in the Philippines.
Here are few interesting facts about the specie, I learned it’s not alien in Philippine waters and just one of many significant critters in marine world.

There are three species of horseshoe crabs that can be found in the country; the Mangrove, Coastal and Chinese but unfortunately haven’t encountered any yet so far. I could only wish I will see one in the sandy bottom in the depths. Actually, they are endangered species in the Philippines and I think the remaining resources needs to be protected and managed. They are very important in biodiversity conservation and plays an important role in the marine ecosystem.

NB. Above facts were resourced from http://www.myfwc.com